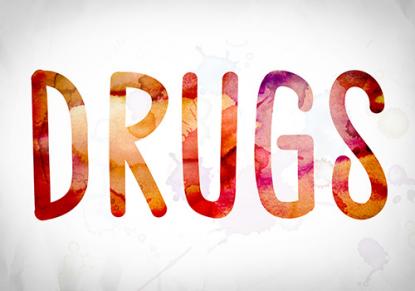 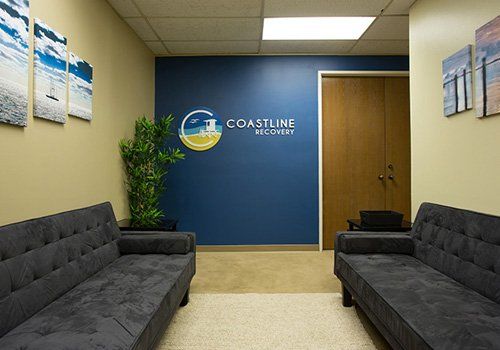 To understand heroin addiction, it is important to start with the fact that addiction is a chronic disease. Heroin addicts are unable to control their drug-seeking behaviors as the drug changes the brains ability to make sound decisions and use judgment. When heroin is used, the body metabolizes it at morphine, which creates strong sensations of pleasure and sedation. These sensations are themselves addictive, and even one use of heroin can lead to full-blown heroin addiction in individuals.

Individuals who use heroin will quickly develop a tolerance to the drug that prompts users to increase their consumption of heroin in order to experience the high they want to achieve. Heroin addiction is very common in users as the drug works quickly to create drug dependency. According to surveys, it is estimated that more than 4 million individuals within the US have experimented with heroin at one point, with the addiction rate at 23%. Basically, 1 of every 4 people that try heroin become addicted to it and require heroin detox and inpatient heroin rehab.

Many struggling with heroin addiction report being having opiate addiction histories, meaning that they had become addicted to pain medications following illness, injury or surgery. For many looking to replace their pain pills once their prescriptions ran out, heroin was a cheap, quick alternative. Like opiate pain medications, heroin crosses the blood-brain barrier, quickly creating euphoric sensations and pain relief for the user.

Heroin mixed with other drugs

Speedball: Heroin mixed with cocaine is a common way dealers cut street heroin and has been a growing concern in the fight against drug addiction. Other names for heroin cut with cocaine are Goofball, Scramble., He-she, Murder One, Sandwich, and Smoking gun.

A-bomb or Atom Bomb: Marijuana mixed with heroin. Also referred to as Canade.

Bars: Heroin mixed with Xanax. Other combinations of prescription drugs and heroin are Karachi, Cheese and Polo.

Dragon Rock: Heroin and Crack. Tar, Moonrock, Eightball, and Chasing the Dragon are other street names for the combination of crack and heroin.

Men and women struggling with heroin addiction are often not able to overcome their drug addiction without inpatient drug rehab. For those who attempt to go through heroin withdrawal symptoms on their own, the results are usually not positive. Heroin is a very powerful and addictive drug that can be very difficult to detox from, even with professional help. Heroin addiction rates have exploded over the past decades, and the need for inpatient heroin rehab centers in Huntington Beach experiences with heroin treatment specialists.

Heroin is an opiate drug derived from a poppy plant grown in different areas of the world. Heroin addiction often starts with the first exposure to the drug as it’s potency and fast high contribute directly to drug dependency. Heroin is sold on the street under different names such as black tar, black pearl, smack, dope and china white. Individuals can take heroin different ways such as injection, inhalation and snorting. Heroin causes euphoric sensations and pain relief, which is why so many opiate addicts turn to heroin when they have trouble getting more pills.

The reality is that heroin addiction has become an epidemic in America. The stigma associated with drug addiction and specifically heroin addiction keeps many from seeking the addiction recovery help they need. Many only seek help after their lives have become so fragmented that they have lost their families, income and homes and have nowhere else to turn for heroin treatment help. The risk for fatal overdose is a reality every time the user gets high by shooting up or snorting heroin. And the risk for overdose is even higher in those who have gone through heroin detox. 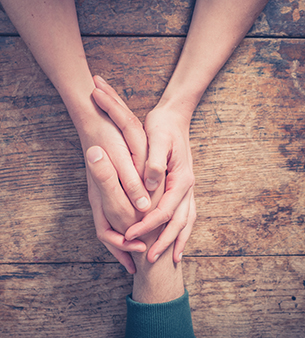 How Long Is Heroin Treatment?

Many clients seeking heroin treatment in Huntington Beach have other health issues that will need addressing once enrolled in a program. For some, sharing needles and other high-risk behaviors has cause illnesses and disease. Depending on the type of illness, specific medicines and accompanying treatments might be necessary.

These programs usually last between 28 days and 3 months. Clients remain on an inpatient basis the entire time while receiving experiential therapy, group therapy and individual therapy. These clients will usually be first time inpatient rehab clients, and have sought treatment fairly early into their heroin addiction journey. Individuals who are not struggling with dual diagnosis or extensive heroin use are often better candidates for short term heroin treatment programs.

For individuals who need longer treatment programs for heroin addiction many Huntington Beach rehab centers offer long-term heroin treatment lasting 3 months or more. Most of these clients choose to stay within the safety of inpatient rehab centers while receiving their therapies. These longer term heroin treatment programs allow recovering addicts to deal with their addiction triggers and rebuild their lives. This length of stay is usually recommended for individuals who have relapsed or are long-term heroin addicts.

Once an individual has successfully completed their inpatient rehab program, they will often transition to outpatient treatment for 4 months up to 1 year or longer. Many quality inpatient drug rehab programs urge clients to make the transition to home slowly, and in a controlled manner, avoiding possible missteps and further drug use. Heroin addiction treatment isn’t just about detox and inpatient care, it involves developing lifelong habits that make sobriety possible.

Before inpatient heroin treatment can begin, drug detox and heroin withdrawal symptoms must be addressed and managed in a professional drug detox facility. Depending on the level of heroin addiction the drug detoxification process can be more difficult for some. Following heroin detox, clients will transition into inpatient heroin rehab for the suggested program length. Once in rehab programs for addiction clients will begin the process of addressing the underlying triggers and lifestyle risks that helped contribute to their addiction in the first place.

Group therapy is often a core aspect of heroin treatment programs as this type of therapy allows clients to engage with others dealing with similar issues. For many heroin addicts, the isolation from healthy relationships created a void of positive life choices and advice. Drug addicts tend to seek solace with other addicts or enabling loved ones who will not challenge their habits. Group therapy for addiction opens the doors of communication and brings healing through sharing and peer feedback.

Recovery Help Is Just A Phone Call Away.

The statistics on heroin use by individuals age 12 and older in the United States are quite shocking. It is reported that over 4.7 million have admitted to using heroin at one point. It is important to note that heroin addiction can happen after only one use, so the potential for developing a drug addiction is very high. With figures like these, it is no wonder that many families are not aware of the risks taken by their loved ones experimenting with heroin. Symptoms of heroin abuse can be easy to miss early on, and any individual with concerns about the well being of their family should take steps to learn the signs and symptoms of addiction.

The key to recovery is getting help, and family members are often in the best position to step in and offer the support needed for inpatient heroin rehab in Huntington Beach. Trying to figure out whether someone is showing signs and symptoms of heroin abuse can be tricky. Most with drug addictions become adept at hiding their illicit drug use from others. Some addictions, like alcoholism, are more visible to those around the addict, but symptoms of heroin abuse can be tougher to recognize. Heroin addicts are often so skilled at concealing their addictions that few know that they are being lied to and deceived on a regular basis.

The Reality of Heroin Abuse

Heroin is known for its ability to hook users quickly, causing heroin dependency in a very short period of time. Most individuals abusing heroin are able to hide their heroin dependency for a while, or until symptoms of heroin abuse become apparent. One of the biggest issues that family members face when trying to uncover the reasons for symptoms of drug abuse is that their loved ones are in denial of the health risks. Drug addiction can cause people to develop skills for masking the symptoms of heroin abuse so well, that the only telltale sign will be drug paraphernalia found stashed away.

While most heroin addicts can manage to hide or dismiss some of the physical signs and symptoms of heroin abuse, the discovery of drug paraphernalia is often the first warning sign to family members. Individuals abusing heroin become very inventive and can manipulate household items to fuel their drive for drugs. Sometimes it is the bottom of a soda can or spoon that appears to be burned while heating heroin for smoking. Other times, it is syringes and belts found in places hidden around the house. For family members and friends finding these evidences of heroin abuse, the best thing to do is get professional help.

Heroin enters the brain and brainstem, binding itself with opioid receptors and changing basic bodily functions such as blood pressure and respirations. Heroin also creates an intense high and sexual arousal. The signs and symptoms of heroin abuse can be recognized if one suspects heroin addiction in a loved one. Some of these symptoms of heroin abuse are the following:

Continued heroin abuse changes an individuals demeanor and behavior over a very short period of time. Should family members notice any of these concerning changes, an effort should be made to reach out to drug addiction counselors and gain insight on how to stage an intervention for drug addiction. Some of the behavioral symptoms of heroin abuse are the following:

The effect that heroin abuse has on an individual will depend on several factors. The amount of heroin used and the length of the abuse will have a direct impact on the health risks experienced. Also, co-addiction and genetics will also dictate how a person’s body responds to heroin exposure. There are many major health risks that can arise when an individual is dealing with heroin addiction. Some of the more common health effects of heroin abuse are the following: