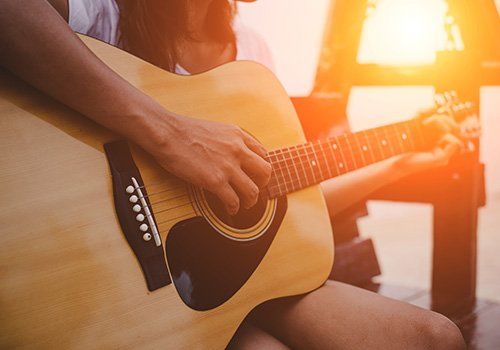 Barbiturates are powerful suppressive drugs. When taken as prescribed, drug dependence is not uncommon and patients often find themselves struggling when tapering off. The detoxification process from barbiturates needs to be closely monitored as severe withdrawal symptoms can cause serious health risks. This requires that a stepping down process is used to prevent seizures and delirium tremens. Because of barbiturate potency, dosing must be carefully calibrated. Overdosing from these drugs can happen with only a slight increase in dose. Furthermore, barbiturate overdose is difficult to treat as it does not respond to medications for detox like other drug groups do. Barbiturates are central nervous system depressants that work by sedating nerve activity. These drugs work to slow cardiac and muscle systems and are prescribed for those struggling with insomnia, anxiety disorders, migraines and epilepsy. Barbiturates can also be used for general sedation such as anesthesia. Like all medications, these drugs have side effects for users. Some of these include the following:

As a result of the effects of barbiturate use on the brain and body basic chemical changes can occur. These changes can be psychological or physiological in nature and can cause violent symptoms when discontinued. Anyone attempting to discontinue barbiturate use should consider inpatient treatment or close medical supervision. Some of the common barbiturate detox symptoms that will begin to appear after 48 hours of discontinuation are the following:

This longer-acting therapeutic window helps those who are slowly tapering down their barbiturate use. This medication can be prescribed for individuals who have been taking high doses of the drug for an extended period of time or for those who have experienced barbiturate addiction after short-term use. Because of the way that barbiturates alter brain chemistry, the body adjusts quickly and prompts extreme withdrawal symptoms when dosing drops. This response requires that most struggling with barbiturate abuse use this drug to help control some of the more dangerous side effects.

The following is a list of the more commonly distributed barbiturates. This group of drugs is classified into four groups. These groups include the following:

Short-acting and intermediate-acting barbiturates are a group of drugs that work as sedatives for both humans and animals. In humans, these are often sleeping pills or sedatives, although they have become controversial in recent years. These drugs are now used by patients seeking physician-assisted suicides. Some of the more common examples are the following:

Long-acting barbiturates are prescribed for those dealing with anxiety issues and for insomnia. These can also be used in conjunction with other medications to help control seizure disorders such as epilepsy and migraine headaches. Sodium pentothal is used by some military and law enforcement agencies as a sort of truth serum which allows for greater flow of information. It is also used for those suffering from conditions like post-traumatic stress disorder (PTSD) to help patients verbalize trauma during therapy sessions. The following are commonly used long-acting barbiturates:

Barbiturate withdrawal can be very hard on the patient because their body needs the drugs. However, they are not getting what they would normally need to calm down their body. People could go through horrible bouts of anxiety, and they might even go through a period where they have the shakes, tremors, or seizures. These people might have a hard time sleeping, and they need to be kept under constant care as their body helps to recover from addiction.

This is the only the first part of the process, and patients need to be given extra care after they have gone through withdrawal. They need to be on a good diet, and they need to get as much exercise as they can. Doing these little things for the patient makes their life much better, and it helps the patient when they are trying to get their life back on track. A full withdrawal cycle will get all the drugs out of their system, and they will feel much better because of it.

The barbiturate detox programs that people use could either get them off these drugs completely or replace those drugs with something else. In fact, it is possible for someone to go into detox with a plan to change to another drug because they still need to be medicated. It is hard for people to manage their own medications because they are not doctors, and they must ask the detox facility if there is a way for them to remain medicated.

Certain people who stop using completely will go into a works form of withdrawal because their body cannot handle the drastic shift in their patterns of usage. Addicts must go to a barbiturate detox program that will level out their usage for them. Some people need to be detoxed completely, and that is a much different feeling for the person who has been abusing these drugs. Addicts need to be put on a better diet, and they need to be watched around the clock because there is not better way for them to recover. Ask about these things when finding a treatment center because they all handle barbiturate abuse treatment differently.

Barbiturate treatment should be done in a certified center where patients can be given all the help that they need. The patient needs to feel as though they are in a place that will support their recovery, and they need to be given a number of different options for care. The treatment programs that people go through should be laid out with a plan for recovery that includes therapy, group sessions, a better diet, family support, and support after they get out.

The patient needs to be educated about these pills, why they are addictive, and how they might have come to be addicted in the first place. The patient should learn about the drugs they were taking on a level that will astonish even a doctor. These people are much less likely to use if they have information about the drugs they were using. It is also important that patients have been taken into group therapy sessions where they can talk about their addiction.

The group therapy sessions are a wonderful time for a patient to get perspective from other people around them. The people who are in the group therapy sessions can share their own experiences, and they could help someone learn about their addiction in a way that they had not considered. Most people who are addicts have a very hard time coming to terms with their addiction because they do not understand it. However, they might be much more informed if they have talked to other people who are addicts.

Therapy for an addict is very important because they must sit down with a therapist to explain what happened that caused them to be an addict. Someone who is trying to make the best possible choices for their sober future needs to remember that they can use the therapist as a resource. The therapist can give them coping skills, and the therapist is an easy person to contact even after the patient has left treatment.

Barbiturate rehab should be done in a facility that will offer all the services above. These facilities have a full-time staff that handles everything for the patients, and they often give the patients extra support that the patients will not get in a local support group. The facility can house a patient who needs to be taken out of their current living situation, and they will provide security, a full-time medical staff, and the diet that is needed to help the addict get healthy.

The rehab facility should also be a place where families can visit so that everyone can sit down for group therapy. The therapist in the facility can work with the friends who come through, and the patient cannot get any contraband. This is a clean facility that helps the patient live a sober lifestyle.

The last step in rehab is to find a support group for the patient. They know that they can come back for support, or they could ask for help finding a place to live, getting a job, or changing their lifestyle. The rehab center should make life seem livable, and the patient needs to feel as though they have made friends in the facility that will help them. Making a new support system allows the addict to stay away from people who enabled their addiction in the first place.

There are many people who will want to go to rehab, or they know that they need to start looking at treatment options. They could start contacting places that they could go, and they could begin to look at their options for a facility that will help them detox completely. These people could go to a place that will replace their medications so that they do not suffer even worse side effects, and they can come here when they feel as though they have no other way to get better. These facilities are lovely places for someone to stay for a month or more as they learn to live sober, and they can detox, go to therapy, or they can plan a sober life with help from their new friends. Barbiturates are addictive, and they can cause someone to lose their way in life if they cannot kick the habit they have formed.
Related Pages
Drug Rehab Orange County
Alcohol Rehab Orange County
Outpatient Rehab
IOP Program
Partial Hospitalization
Detox
Medicine Assisted Detox
Sober Living
Connect With Us
Facebook
youtube
google my business
treatment programDrug RehabAlcohol Rehabpartial hospitalization programintensive outpatient programoutpatient treatment programmedical assisted detoxluxury rehabrehab for executives
Detox Programsalcohol detoxbenzo detoxcocaine detoxheroin detoxmerijuana detoxmeth detoxxanax detox
Substance abusealcohol additionDrug addictionecstasy addictionheroin addictionmeth addictionopiate addictionsleeping pill addictionxanax addiction
mental healthanxietycodependencydepressiondual diagnosistrauma / PTSD
recoveryaddiction therapyalumni programCAM therapiesexperiental therapysober livingsupport groupstransitional housing
company informationpaying for rehab/ insurancestaffaddiction blogcontactcovid-19 safetypolicy privacy
facility address
Coastline Behavioral Health
18377 Beach Boulevard #210
Huntington Beach
CA 92648
(714) 841-2260