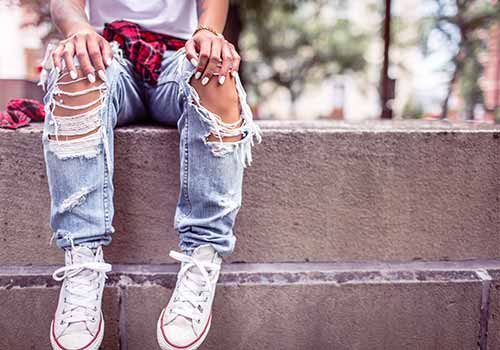 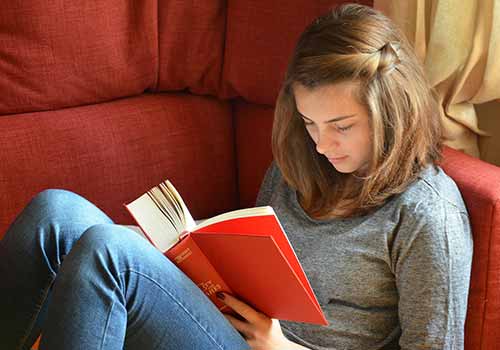 The first steps of freedom in college brings new life issues as young adults may no longer be bound by parental supervision. Along with acclimating to academic life, many may experience new perceived norms and what is common and acceptable – especially related to using alcohol and illicit drugs, and misuse of prescription medications.

While there are very troubling statistics concerning binge drinking,  there has been a growing phenomenon of on-campus recovery groups. Bringing together sober students, college health professionals, student advisors and professors, these groups provide support to students in recovery and to those struggling with abuse or addiction. Addiction Recovery Campus (ARS) has over 160 groups across the states and everyone is welcome to participate and to step up to make a difference.

Even with all the wonderful outreach from collegiate recovery groups, there is still a dark side in that some students still feel that they have it under control. They may say to themselves: I am smart enough; I am young enough; I am just having fun; I am in control. But in reality, may are dangerously teetering between social use to abuse and dependence.

Learn About the Four Stages of Addiction

The threshold between experimentation and dependency can be slight, and depending on individual factors, the transition from freedom to addiction can be quite sudden. The four stages of alcohol and drug addiction are the experimentation, regular/social use, substance abuse, and substance dependence. These four stages are widely accepted as patterns common to most addiction scenarios and the following are common behaviors during each of these stages: 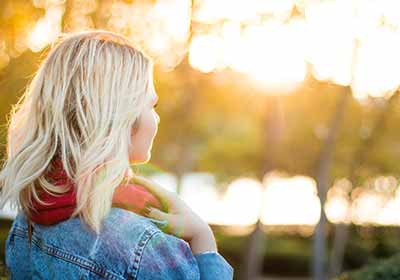 Experimentation can have several motivating factors including peer pressure, social exposure, and campus parties and sporting events. Sometimes students may experiment as a way to gain relief from stress or as an escape from academic stressors.  Whatever the reason, the use is always irregular and occasional and does not usually disrupt their life with negative consequences such as academic or medical side effects. In this stage, the user is able to discontinue at any time without adverse side effects. It should be noted that any individual exposing themselves to illicit drugs and alcohol opens themselves to the real risk of developing habitual or daily use.

While using a drug or other addictive substance on a daily basis does not mean that full-blown addiction will occur, the likelihood of dependence greatly increases when individuals begin using on a regular basis. It is still possible to stop use at this point, the slippery slope of stage three is high. Most in stage two are able to control how outsiders view their behavior and will make substantial effort to hide use. Unfortunately, individuals in stage two are often in denial about their use and continue to drive while under the influence or behave erratically.

This stage is marked by continued drug and alcohol use regardless of negative outcomes and confrontations regarding use. This is the stage where an individual can become dangerous to themselves and others, as the ability to make appropriate choices is negated by drug-seeking behaviors and decline in academic responsibility.

Once the user is dependent on substances to function, addiction is their new reality. The individual is now psychologically and physically bonded to their drug of choice. The disease of addiction is complex as our understanding of how brain health changes, we do know that the effects of long-term alcoholism and drug addiction can be permanent. An addict is damaging their organs each time they use, as dosages and timing no longer matter to them.

Located in Huntington Beach, California, Coastline Behavioral Health offers all levels of care (partial hospitalization, intensive outpatient, outpatient and sober living) in our men’s and women’s alcohol and drug treatment programs. Our exceptional staff has over 100 years of combined experience in treating addiction and behavioral health issues such as PTSD, OCD, depression, anger management, and trauma. We have a unique approach for care based on individual treatment plans and experiential therapy, including their music and faith-based programs that cater to special interests of clients.

We are committed to helping you renew hope and to show you how to take back your life by assisting with the following:

For young adults that leave home to live on college campuses, the freedom that comes with living away from home for the first time can lead to dangerous substance abuse. It is reported that students living on college campuses are twice as likely to abuse alcohol and drugs. College campuses with fraternities and sororities often encourage underage drinking and other hazing practices that include the use of illicit drugs. For some students, the pressures felt to fit in and make friends can lead to uncharacteristic risk-taking behaviors. Social drinking often starts with the desire to relax so that socializing with fellow students is less overwhelming.

The use of drug and alcohol use among college students is often attributed to the following:

According to the National Center on Addiction and Substance Abuse (CASA), substance abuse in college students has become a major concern. Alcohol abuse can often lead to binge drinking and other dangerous drinking habits and drug abuse has grown to epidemic proportions. The 2005 CASA report revealed that half of campus college students binge drink or admit to illicit and prescription drug abuse.  Of these 3.8 million students, 25% are reported to have substance abuse and addiction issues. The use of heroin on college campuses rose by over 50% between 1993 and 2005 while the number of students abusing prescription painkillers grew by over a shocking 343%.

Stimulant and sedative drug abuse on college campuses has also become an urgent issue requiring an increase in drug abuse awareness. It was reported the abuse of Ritalin and Adderall, both stimulants, increased by over 90% and those using Valium or Xanax increased by a whopping 450%. These are shocking statistics considering the relatively short window of reporting.  Alcohol and drug abuse among the same demographic in private religion-affiliated colleges was reported to be very similar to the comparable public institutions.

According to the 2018 College Prescription Drug Study , the majority of students abusing these medications report easy access with more than half confirming a common source of supply being their peers. Prescription stimulant abuse at college doesn’t end there either, with 35% of those also abusing illicit drugs such as Marijuana,Cocaine,Hallucinogens and MDMA.

According to the National Survey on Drug Use and Health (NSDUH), a 2015 study revealed some upsetting statistics regarding the health and welfare of college students between the ages of 18-24:

Drug Use On College Campuses

The use of drugs has lead to the increase in the perception that substance abuse is socially acceptable. This can often lead college students to feel that their drug use is not problematic. The increase in stimulant abuse by college-age students has become so mainstream that abuse of the prescription drug is rampant on campuses. The desire to perform academically while leading a party lifestyle can pressure individuals to take drugs in order to maintain GPA’s. While alcohol abuse is by far the most prevalent substance abused, marijuana is also a growing campus issue. Recent legislature has opened the door for marijuana use and abuse in schools across the nation. It has been reported that marijuana use equals alcohol abuse on some campuses.  Another popular drug abused is ecstasy or MDMA. This drug is often referred to as a rave or party drug and is widely distributed and sold in dorms and Greek houses.

Drug abuse among college-age students is a major issue on college campuses today. Some of the more common drugs abused by students living on campus are the following:

While the prevalence of drug and alcohol abuse and experimentation among campus college students is recognized, the demographics of high-risk groups is often not. It might be interesting to note that male students are considered higher risk than females. There are several social and environmental circles that lend themselves to higher rates of substance abuse than others. Some of these high-risk groups are the following:

For parents with students in college, the ability to keep tabs on behavioral and psychological changes due to substance abuse is difficult. Once they have left the home for their college years parents and loved ones may only see them for short periods of time during the standard academic year. The ability to recognize the signs and symptoms of substance abuse can elude parents and educators. There are some warning signs of alcohol and drug abuse and addiction that should be noted. The following is a list of these warning signs.

Collegiate substance abuse including alcohol, marijuana, opiates, stimulants and other prescription and illicit drugs has been on the rise in recent decades. Student-athletes are prone to the same drug abuse issues as their non-athletic peers although it appears that binge drinking rates are higher among this demographic. This can include the ingestion of more than 10 drinks within a single evening. Since the mid-1980’s, the National Collegiate Athletic Association (NCAA) has surveyed substance abuse among student-athletes. The following statistics were reported for the last year:

As researchers learn more about the link between collegiate drug and alcohol abuse, the ability to create beneficial prevention and educational programs has grown. Educational institutions working with agencies such as the Center for Disease Control (CDC) and the National Institutes of Alcohol Abuse and Alcoholism have compiled dated that has lead to positive changes in prevention and intervention programs offered on and off campus.