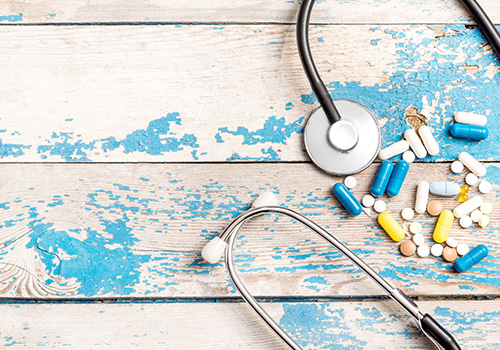 Heroin has become one of the most used illicit drugs in America over the past decades. Heroin is very powerful and can quickly become addicting for individuals who use it. As a result, heroin addiction is one of the more dangerous drug addictions that requires inpatient drug rehab. Heroin acts on opioid receptors in the brain, and quickly relieves pain while giving drug users an intense high. When the opioid receptors are activated by heroin use, the pleasure incentive increases, causing heroin dependency and addiction. Heroin addiction medications help individuals going through heroin detox and heroin rehab deal with the recovery process.

Every heroin addict responds to treatment differently, and all individual treatment needs must be worked through with the help of a trained inpatient drug rehab counselor. Any individual looking for an inpatient heroin rehab center in Huntington Beach should seek treatment in a center that offers access to heroin addiction medications. For most needing heroin detox in a drug treatment center the initial stage of heroin treatment will include heroin addiction medications designed to aid the process of detoxification. Managing heroin withdrawal symptoms is important, as the fear of detox is often what keeps heroin addicts from seeking treatment in the first place. It is important to remember that detox on it’s own is not a form of lasting heroin treatment, but the first step to recovery.

Clonidine is a medication used in the treatment of high blood pressure, but has also shown to be an effective heroin addiction medication to reduce the symptoms of heroin withdrawal. Clonidine can create relaxation which in turn reduces anxiety for individuals facing heroin detox in Huntington Beach. This drug works by reducing restlessness, agitation, rapid heartbeat, and other physical symptoms of heroin withdrawal giving clients a better chance to complete detox and continue on to inpatient heroin rehab centers. Clonidine should be given only under the direction of medical staff within the confines of an opiate detox center as an individuals withdrawal symptoms need to be monitored.

Methadone is most commonly used to treat opiate addictions including heroin addiction. Methadone works within the brain and spinal cord to stop the euphoric sensations felt by individuals when taking heroin or other opiate drugs. Heroin addiction medications such as methadone also work to reduce the intense cravings that push heroin addicts to seek their next high. Because methadone works within the body for 24-36 hours, clients have a lower risk of relapse when using methadone along with other types of behavioral therapy. Another benefit of methadone treatment is the leveling of physical and psychological responses to opiate withdrawal.

Buprenorphine is an opioid drug that has properties very similar to heroin. It is available through prescription and works to greatly reduce the withdrawal symptoms and the cravings cause when stopping heroin use. While methadone is more commonly prescribed then buprenorphine for heroin withdrawal symptoms, the side effects are different. Buprenorphine tends to cause fewer mental clarity issues when used. Most individuals using heroin addiction medications such as buprenorphine stay on the drug for years to manage relapse risks. This medication has been successful in helping those with heroin addictions get and stay clean.

Naltrexone is considered to be a relapse deterrent drug as it blocks the pleasurable effects of heroin while also working to reduce drug cravings. Heroin addiction medications such as naltrexone can be used for months and even years as a maintenance drug for recovering heroin addicts. Inpatient drug rehab centers in Huntington Beach often prescribe clients naltrexone as part of their drug detox program. Naltrexone cannot be taken while opiates are still in an individuals system, as the drug can cause sever withdrawal symptoms. Naltrexone does not provide any sort of psychological or physical reward for the user.

Ready to speak with an Admissions Specialist?