May 19, 2018
|
Our Community
The Dangers of Today’s New Drug Culture for Youth in Southern California Drug Addiction Teenagers today were born into a world that has allowed them to become one of the most culturally sensitive and environmentally aware generations. While today’s youth are full of hope for the future, they also face the constant danger of falling […] 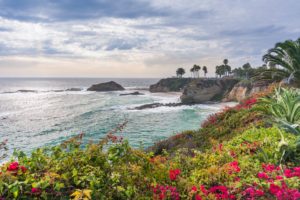 Teenagers today were born into a world that has allowed them to become one of the most culturally sensitive and environmentally aware generations. While today’s youth are full of hope for the future, they also face the constant danger of falling prey to the dangers of drug abuse. Unfortunately, the drug culture in Southern California no longer resembles the benign parties that older adults experienced in their youth. Instead, a combination of factors such as the development of synthetic drugs and the influence of technology have led to an increased danger for teens that must be addressed. Whether you are a parent of a teen or a trusted adult who works with youth, you can use this guide to understand how to protect the teenagers you love from the dangers of addiction.

Reasons For the Rise in Teen Drug Abuse

After years of drug prevention campaigns, one would hope that teen drug rates would be going down. Sadly, the opposite is true, and the rise in teen drug abuse is attributable to several different factors. For instance, drugs have become more accessible to teens that can quietly trade information with their peers online or interact with dealers through text. The legalization of marijuana in California also means that many teens may have this drug available to them at home if their parents do not practice responsible storage methods. Once teenagers get their hands on drugs, new delivery methods such as vape pens make it easier for them to use illicit substances discreetly.

Types of Drugs That Are Trending Among Teens

Marijuana and alcohol are still the most common substances for teenagers to abuse, and these still tend to serve as gateway drugs that teens eventually move on from to get a stronger high. marijuana use among teens also tends to be heavily focused on using concentrates that have higher levels of THC than other forms. Synthetic drugs such as bath salts and K2 are also enticing to teens who may not recognize the dangers of taking unregulated chemicals into their body. Teenagers also tend to experiment with pills. Often, an addiction begins with a teenager getting access to a prescription painkiller for a medical purpose, and then they continue to use the pills to get high.

Teenagers may act and look much older than their age sometimes, but their brains continue to develop well into their mid-20s. When teenagers use drugs they slow down the development of their brain, and the disruption of chemicals in their brain can lead to mental health issues such as depression and anxiety. Teens are also at a greater risk of developing an addiction since they tend to have lower percentages of body fat which increases the strength and duration of a high. In California, it is not uncommon for a teen to overdose from what would be a normal amount of a drug for an older adult.

Dangers Teens Face When They Use Drugs

The proximity of Southern California to Mexico makes it increasingly tempting for teens to interact with dangerous criminals in an effort to score drugs. When they do, teens face serious harm from falling into the wrong crowd. A teenager who tries to sell drugs themselves to fund their addiction may wind up in legal trouble that lasts well into adulthood. Drug abuse also leads to health problems that could turn long-term if teens do not get help early enough. For instance, the use of marijuana and other drugs at a young age is linked to an increase risk of schizophrenia and other mental health disorders.

Signs of Drug Addiction in Teens

Teens today have used technology to get smarter about how they hide their drug use, which means that adults must be vigilant. In the early stages of drug abuse, teens may show only a few signs such as hanging out with a new crowd of friends or breaking curfew at home. Over time, however, it becomes harder for teens to hide their addiction. Once they have a full-blown addiction, teens may begin to lose or gain weight, exhibit mood swings, and engage in dangerous behaviors such as stealing money.

How to Help a Teen Get Clean

You should never hesitate to reach out to a teen in trouble, especially since the dangers of the drugs available in Southern California are so severe. Let the teen know that you have noticed their drug use, and make sure that they know that you are available to help. Then, help them make arrangements to get professional counseling for their addiction that allows them to get their life back on track. Today’s youth face many challenges on their way to adulthood, and drugs are unfortunately a major issue in Southern California. By knowing how to do your part, you can make sure that no teenager falls through the cracks.