The Dangers Of Meth Abuse

April 29, 2021
|
Addiction, California, Drug Addiction, Men and Addiction
The dangers of Meth abuse are real. Meth, or Methamphetamine is a highly addictive stimulant. The Drug Enforcement Administration classifies it as a Schedule II drug. It is a class of drugs with a high potential for abuse and a high risk of addiction. Other drugs in this class include cocaine and Phencyclidine (PCP).  How […] 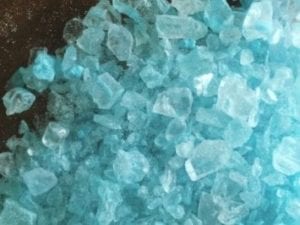 The dangers of Meth abuse are real. Meth, or Methamphetamine is a highly addictive stimulant. The Drug Enforcement Administration classifies it as a Schedule II drug. It is a class of drugs with a high potential for abuse and a high risk of addiction. Other drugs in this class include cocaine and Phencyclidine (PCP).

How Do People Abuse Meth?

Meth abuse poses various dangers to your well-being. It is crucial to get help immediately for meth abuse and addiction.

The Physical Toll Of Meth Addiction

Meth abuse causes various physical and psychological effects. The effects and dangers of meth abuse include:

Addiction is a chronic disease whose main symptom is the compulsive need to abuse a substance despite its side effects. Meth abuse can also lead to functional changes in your brain, which create tolerance for the drug. Tolerance is where you need to take more of a substance to experience the intoxicating or desired effects.

Chronic meth abusers will find little pleasure in doing other activities because of their functional changes in their brain. Moreover, meth causes withdrawal symptoms when you stop using it. Some of the withdrawal symptoms include fatigue, anxiety, depression, and intense cravings for the drug.

Permanent Damage to Your Body Organs and Functions

People who abuse meth risk permanent damage to their body functions and organs. It can damage your kidneys and livers, which sometimes causes fatalities. Meth abuse also damages the dopamine system in your brain. The dopamine system is responsible for reward feelings. Therefore, you may lose interest in your previous hobbies. Other effects on your brain include memory, coordination, and speech impairment.

Apart from deadly diseases like HIV from sharing needles, meth abuse has some potentially deadly side effects. Methamphetamine is a stimulant. Therefore, it increases your blood pressure, body temperature, and breathing.

Moreover, it causes an increased heartbeat, leading to a stroke or heart attack if you have any underlying heart problem. It does not matter whether you have received a diagnosis or not. There is a risk of side effects even if you use low doses.

Meth overdose can also be fatal. In the United States, the number of meth overdose deaths between 2011 and 2018 has increased from 1.3 in every 100 thousand people to 7.3.

Methamphetamine makes people prone to dangerous diseases, especially those who abuse by injection. Sharing needles increases the risk of dangerous diseases such as HIV, hepatitis B, and hepatitis C. You are also at risk of having collapsed veins and general infections if you repeatedly use meth.

There may be meth particles in the solution you inject. These particles can cause blockages inside or near major organs such as the liver, brain, and heart, which leads to serious health complications. An example is the heart tissue infection which is very dangerous.

Regular meth abuse can lead to a dramatic change in your physical appearance. People who abuse meth seem to age more quickly. Your skin will appear dull and may develop pimples and sores that are hard to heal. Meth abusers also have dry mouths with broken, rotting, or stained teeth. These symptoms are also known as meth mouth.

It starts with red swollen gums, cavities, and bad breath. Next, your lips will develop sores, and the gum tissue recedes. The front teeth are usually the first to decay, and the decay worsens over time. Your gum line will also decay, and the teeth may fall out.

Research by the American Dental Association suggests that your teeth decay gets worse if you use more meth. The study also uncovered that some users were more likely to develop teeth and gum damage than others. They include cigarette smokers, people 30 years and older, and women.

Meth is one of the most dangerous drugs people abuse. It is available in crystal, powder, or pill form. People either smoke, inject, snort or ingest meth. Meth abuse poses various dangers to the users. First, you risk addiction even after the first use. You will also build tolerance, where you will use more meth to experience the effects. However, more meth only means more risks.

There is also a risk of permanent damage to your organs, such as the liver and heart. Meth use poses other dangers such as the risk of deadly diseases like HIV/AIDs; deadly side effects like high blood pressure and increased heart rate; mental health issues like anxiety and psychotic symptoms like hallucinations; and a change in your physical appearance. It is important to get help for meth abuse and addiction before the symptoms become deadly.

Get Help With Meth Abuse and Addiction Today