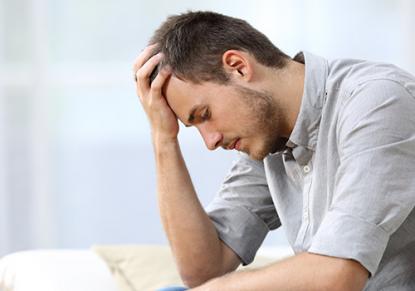 MDMA is a psychoactive stimulant and hallucinogenic drug first developed to treat different psychological issues. MDMA is 3-4-methylenedioxy-methamphetamine which is often combined with other drugs such as cocaine, PCP, or other amphetamines.  MDMA on its own does not appear to be as highly addictive as other substances, but ecstasy is usually cut with more addictive drugs. MDMA addiction occurs when individuals become dependent on ecstasy and are not able to function without the drugs in their systems.  MDMA is a very popular drug used by mostly younger individuals as it gives users intense feelings of euphoria.

MDMA addiction can be distinguished from ecstasy abuse based on four criteria. Should you be concerned that you or a loved one has developed MDMA addiction that requires treatment, Coastline has inpatient rehab services specifically designed to aid ecstasy detox and MDMA treatment.

How Ecstasy is Taken

MDMA is usually taken in tablet or capsule form, although it is not uncommon for ecstasy to be snorted or in suppository form. The pill form of MDMA can be different colors and even have designs on them. Ecstasy is often sold combined with other drugs when in capsule form or tablet form, and is referred to as Molly on the street. Many times, ecstasy is sold at “raves” or all night parties and concerts. When taking MDMA pills, the drugs take about 15 minutes before the effects are felt. The effects of MDMA addiction on the brain are the result of the influx of three neurotransmitters that carry messages to specific cells. These three brain chemicals are serotonin, norepinephrine, and dopamine. Each of these chemicals has a unique job within the brain to level mood, activity levels, rest, and the sensations of pain. Sexual activity is also controlled by serotonin, which can result in feelings of arousal and trust. These feelings of closeness are one of the main reasons MDMA has become the ‘rave’ drug at parties.

Signs and Symptoms of MDMA Addiction and Abuse

When ecstasy or MDMA is abused, even for short periods of time, there are side effects that can become problematic for the user. Some of these are short term symptoms of MDMA abuse that will fade as the drugs leave the system. The length of time required for these symptoms to decrease in severity can depend on several factors. The type of MDMA drug used and the amount consumed will both impact the severity of side effects. Some of these short term symptoms of MDMA use are the following:

Evaluation Prior to Detoxification Program

There are numerous long-term effects of MDMA detox that an individual may experience.  As the drugs begin to clear the body, there are some other side effects that can last for a week or so. Some of these symptoms of MDMA detox are the following: