April 7, 2019
|
Story of Hope
Some have turned an old adage into a familiar saying. 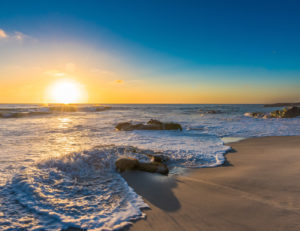 It is common for people to think that if things look good on the outside, then things must be good on the inside. After years of addiction, Brian finally reached out to a friend from college and asked for help.

Born in San Francisco, California, Brian moved with his family at the age of 4 to Sacramento. His parents both came from families with problems with alcohol so they rarely drank. Brian was raised Catholic and remembers a strict upbringing with very high expectations for good behavior and grades in school. He remembers ‘having to be perfect’ and having to keep up a persona of being a perfect kid. Brian went to a private Catholic school where he made straight-As without really trying and always excelled in sports.

As a result of various sports injuries in his freshman year in high school, Brian was prescribed Norcos by a physician. Brian remembers taking pills was the norm with his peers and says, “All of the football players would pass around pills that they got from their parents or from family doctors”. He continued taking pills because they were easy to get and loved the feeling of being high. Brian did not feel he had a problem as long as he was doing good in school and sports. Towards the end of his Sophomore year, Brian was kicked out of school for various behavioral incidents and was transferred to a public school.

Through the rest of high school, Brian’s continued using and it resulted in various accidents within his group of friends that ranged from traffic tickets, possession charges and DUIs to watching several of his friends die in various alcohol and drug related deaths.

Brian continued to surround himself with dysfunction. He was hanging out with friends who were addicts and it was his friend's mother who introduced him to the smoking meth for the first time. Brian still excelled in sports and his basketball team won the state championship in his Senior year. All during this time, Brian was using alcohol, cocaine, weed and pills at least three to four times a week. Brian remembers self-justification in thinking that as long as he was doing well in school and sports, he did not have a problem.

Brian left home for college to attend San Diego State where he continued even deeper into his addiction. After an overdose death of a fraternity brother, Brian decided to return home for a short visit.

During that time, he witnessed a friend get shot in the face after an altercation at a party. These two deaths happened within two weeks of each other and mark a pivotal point in Brian’s life. Unfortunately he was too deep into his addiction that he did not think about getting help.

After college graduation, Brian moved with his long-term girlfriend to San Francisco where he started his professional career in the tech industry. Brian continued his using and went to a few Narcotics Anonymous (NA) meetings at the insistence of his girlfriend. His relationship soon ended and Brian continued his life as a ‘high functioning’ addict over the next 5 years. He changed jobs and moved a few times in the hopes that changing things around him would fix his problems.

Brian ended up getting laid off from his job as a result of a large buy-out in the industry so he cashed in his stock and took his severance and moved back home. His parents saw how bad things had gotten for Brian and insisted that he go to rehab. Unfortunately, Brian only stayed a few weeks and abruptly walked out the door one day. He traveled along the coastal states to stay with friends and eventually wore out his welcome everywhere he went.

In less than a year, Brian spent over $85K (his entire savings) and ended up living in his car.

Brian says that he was spiritually, mentally, physically and financially bankrupt. He was done with drinking and using but did not know how to stop. Feeling desperate, he texted a friend from college who was sober and asked for help. It turns out that this friend was Justin Eakin, the founder of Coastline Behavioral Health. With his help, Brian soon admitted to a detox program in Southern California and after two weeks, he transferred to Coastline Behavioral Health.

Brian liked being at Coastline and participating in the experiential program. He thrived in the daily physical attributes of the program (surfing, golfing, rock climbing, working out) as it helped him focus on his health through daily physical exercise. He was learning to have fun and liked the feeling that being sober did not mean the end of life. Things were going well for a month until he relapsed with another client. Brian says that with some addicts there can be a ‘useful relapse’. He was 99% sure he was an addict, but after the relapse, he was now 100% sure. This acceptance was a turning point for Brian. When we returned to Coastline, he was willing to do anything that was needed to stay clean.

Brian had a spiritual awakening in his recovery when he finally accepted that bad things were not happening to him, but he was putting himself in bad situations.

Brian just celebrated one-year of sobriety and continues working with his sponsor, going to meetings, working the 12-steps and sponsoring other men. When asked how he is doing, Brian says that he does not miss the days of using, and instead, embraces each day he can be of service to himself and others. In his own words, “I am stoked to start every day!”