Huntington Beach Is The DUI Capital of California

June 8, 2018
|
Our Community
Huntington Beach Is The DUI Capital of California Three Las Vegas teens were killed and another injured in an auto accident in March while traveling the Pacific Coastal Highway in Huntington Beach after being hit by a drunk driver. Another woman was arrested in April and charged with DUI after the vehicle she was driving collided head-on […] 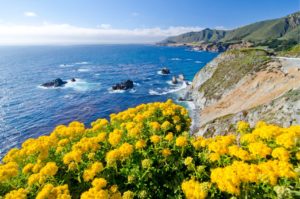 Huntington Beach Is The DUI Capital of California

Three Las Vegas teens were killed and another injured in an auto accident in March while traveling the Pacific Coastal Highway in Huntington Beach after being hit by a drunk driver. Another woman was arrested in April and charged with DUI after the vehicle she was driving collided head-on with another car, killing three people. These incidents are all-too-common in a city designed as a tourist hot spot and of great pleasure in Orange County. Also in April, a drunk driver hit a bicyclist, killing him instantly. Huntington Beach is an amazing place to call home, but with increasing incidents such as these, it is a good time to ponder the thought of this fun city being somewhat responsible for the number of fatalities the city is seeing. Even state and city officials agree that the party scene in Huntington Beach is causing an increased rate of DUI arrests and fatalities.

The State Office of Traffic and Safety has conducted numerous studies over the years, each pointing to statistics that show more DUI-related accidents occurring in Huntington Beach per-capita in the entire state. In the recent years the numbers are finally starting to decline, but not before many residents (and tourists) paid the ultimate price. Huntington Beach is also the fifth In a state the size of California, those aren’t very good stats! Hurricanes Bar & Grill is one of the most popular late night adult spots in Huntington Beach but it is also a constant source of a headache for local law enforcement who see many patrons driving while under the influence after leaving the bar. Baja Sharkeez is another downtown establishment that causes increased concern in the city. The bar was nearly been closed on several occasions. The three-block of Main Street that houses many of the city’s most popular bars, including Hurricanes, sees a larger police presence, especially on the weekends, due to the increased number of DUI incidents related to the area.

Huntington Beach certainly isn’t the only California city filled with bars so what is it about the area that causes so many people to make the decision to drive after they’ve consumed a few cold ones? It sure isn’t the desire to hire an attorney (and spend all of that money on retainer fees) like Ryan Rodriguez that causes so many people to drink and drive. There are more than 10-miles of gorgeous coastline on the beach, with nearly 60 bars and clubs encompassing the area. People come to Huntington Beach for a good time and there is no shortage of entertainment available for conquering that activity. But, the influx of bars is a primary cause of drunk driving in the area. The Know Your Limit Program is one of the techniques the local Huntington Beach Police Department has implemented to reduce the number of DUI and drunk driving incidents. This program sends officers into local bars armed with breathalyzers for patrons of local bars to use to determine if it is okay for them to get behind the wheel or if it is time to call a friend or a taxi cab for a ride home. For patrons testing above legal alcohol limits, vouchers for ride service are provided. Despite the somewhat awkward nature of seeing a police officer in a bar when you’re trying to have fun, the program, implemented in 2011, has seen great success in its time.