June 24, 2017
|
Addiction
Drinking Habit Becoming A Drinking Problem ? If you have ever battled an addiction, you know it can be a journey for the rest of your life. You must plan every day to fight against the addiction and work on your treatment plan. You also need to know that every journey starts somewhere. Many addicts […] 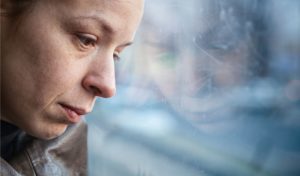 If you have ever battled an addiction, you know it can be a journey for the rest of your life. You must plan every day to fight against the addiction and work on your treatment plan. You also need to know that every journey starts somewhere.

Many addicts can point back to a specific time in their life that led to their addiction. It typically isn’t a single event in their life, but a combination of causes, such as genetics, events, and other reasons that led to them excessively drinking. Some of these reasons include the death of a loved one, depression, financial problems, work problems, a decrease in income, divorce, and just a general inability to deal with the problems of life.

Do You Have a Drinking Problem?

Have you ever thought about how much is too much to drink? How can you determine if you have a drinking problem? Since no two alcoholics are the same, the answer can vary. Also, people are affected differently by alcohol, depending on factors such as their weight and tolerance level.

The main thing to look for to determine if you have a drinking problem is if your drinking is harming your life. If you are having problems with relationships and/or at your work, those should be considered red flags.

In 2015, estimates showed that among adults 18 and older, 15.1 million had a disorder with alcohol, where their drinking was causing distress or harm, per the National Survey on Drug Use and Health. The survey also found that in the same year around 1.3 million adults were treated for that disorder at a specialized facility. And, let’s not forget the thousands of alcohol-related fatalities on our roadways. In 2014 alone, the number of road deaths due to alcohol was 9,967.

Getting the Treatment Needed

Each patient is different when it comes to treating alcoholism. There isn’t a simple prescription to help with this widespread disease. The first step, though, is admitting that there is a drinking problem in the first place. This is a lot harder than it sounds. Some alcoholics never realize and accept their problems with drinking.

The 12-step program is one of the most popular ways people fight against their drinking problem. These steps take longer for some than others. Part of the program is being honest when a lapse occurs and being accountable to others. It’s a process that must be worked on the rest of the addict’s life.

For any alcoholic to be successful in their recovery, they need the support of their friends and family. They also rely on accountability from fellow alcoholics and their sponsors. This helps them feel like they are not alone in the struggle to fight the addiction. Alcoholics tend to feel a lot of guilt and shame with their disease. Instead, they need to be encouraged, supported, and loved as they fight against the sickness.