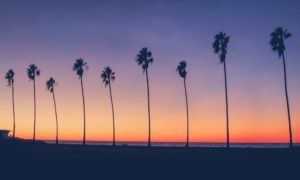 Detox Your Body From Alcohol

It is usually not difficult to get your general practitioner to prescribe detox medications. The typical course of action is to start with a high dose of medicine when you first start with the detox. Over the next 5 to 7 days, the dosage is gradually reduced. These medications can greatly reduce your symptoms of withdrawal as you detox your body. Your general practitioner will have you agree to avoid alcohol while taking the medication. It is important to have the support of your friends and family during this time.

If you have a hard time with detoxing, you may be referred to a unit that specializes in drug and alcohol detoxification. This method is typically better for those who have previously failed attempts at quitting alcohol, those with severe withdrawal symptoms, and those that have little support. The specialized units prescribe the same medications, but they are also able to provide the expertise and support needed. Occasionally, some people need to be admitted into the hospital for their detoxification.

Though many wish the medications were a magic pill, they cannot make you stop drinking. You must make that decision for yourself to stop. These medications will simply help your body readjust to not having alcohol. Once the detoxification is over, you may still have cravings for alcohol. You will need good coping strategies and willpower to help you fight the temptation.

There are a few other things that can be used for helping with alcohol problems:

Unfortunately, many people who go through detoxification successfully end up as heavy drinkers again. Counseling has been shown to lessen your chances of returning to heavily drinking. Self-help groups are a tremendous help with this, such as Alcoholics Anonymous.

If you have gone through the detoxification process and later returned to heavy drinking, there is still hope. There are many people that attempt to stop drinking many times before they are successful. Don’t give up.