June 6, 2019
|
Our Community
Courage. Passion. Determination. Sometimes life can get stagnant and boring with the same routines and schedules that we inevitably fall into, especially in sobriety. As there is a huge focus on personal growth in recovery, it is important to remember to add things to your life that bring you joy. The following story is an […] 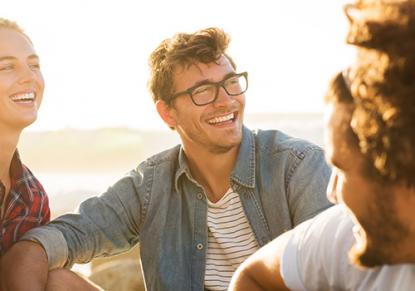 Sometimes life can get stagnant and boring with the same routines and schedules that we inevitably fall into, especially in sobriety. As there is a huge focus on personal growth in recovery, it is important to remember to add things to your life that bring you joy. The following story is an inspiration from one of our co-founders who took action to search within himself to add something new, fulfilling and challenging to his life.

From an early age, Jason has always been involved in athletics. Whether it was swim team as a child, junior guards, body surfing, or soccer, he has always excelled in a competitive or team atmosphere. Having a bright future in sports, he especially excelled in soccer and found himself on a club team at an early age. Barely missing the Varsity team in sophomore year, he was on track to play in college. But drugs and alcohol started to take its grips. Once the disease took full possession of Jason, all of his interests including sports went to the wayside and drugs became his main focus. Besides surfing in some brief periods of sobriety, Jason was not active at all for the next 7 years.

At the age of 26, Jason was finally able to get some time sober and co-founded Coastline Behavioral Health with his long time friend Justin Eakin. And as so many do when they get into recovery, Jason’s focus on nutrition and health (physical, mental, and emotional) became a priority. The business partners, and friends, started to workout at the gym, surf and start eating better.  This continued for several years - with each being each other’s advocate for health.

Looking back to early 2018, Jason was several years sober, had a strong support system with family and friends, and everything was good at work, but he started to have some underlying feelings that something was missing.

He was getting ‘bored’ with the gym and realized that he missed the personal fulfillment of ‘team sports’. He explored some options to join a local adult soccer league but opted not to join because it did not have the practice and drills that reinforce the teamwork and camaraderie. He wanted to challenge himself in a new way but was unsure how. His attendance at the gym started to diminish and he started to run. Running he found, started to afford him certain mental benefits that he did not expect. After experiencing that, he turned towards other endurance sports and decided to purchase a road bike. After a time of doing some biking and running, Jason finally developed and found his goal of competing in a triathlon. Jason committed himself to weekend runs and biking, and soon started swimming again. He knew what he wanted to do and had the motivation but he wasn’t sure how to get there.

As any sports enthusiast will understand, working-out creates natural endorphins that are released in the brain and it is these chemical reactions that bring pleasure to the body during exercise. This was the perfect outlet to re-balance Jason’s mental and physical health.

Jason was soon connected with a local team called Tristar Athletes in October 2018 when his real training began. He was now was part of a team, on track to compete in his first triathlon race and was being guided by a coach to help him achieve his goals. Jason met with his coach, Cliff, for an assessment to organize his personal health, athletic and performance goals. This is exactly what Jason was looking for - while he had the motivation, commitment and drive, he needed a professional coach to steer him in the right direction along this new journey. He met monthly with Cliff, tracked his daily progress and was able to ask questions about his training.

Just like sobriety, sometimes we can achieve our goals without the help of others but the outcome might not be as good as if we had.

Armed with a support network, motivation, drive, and a coach to lead the way, Jason was ready to embark on a new journey to achieve a new goal. He engaged in many different types of workouts ranging in distance, intensity, and time. Doing something every day, Cliff was careful to plan the training to avoid injury. The training regiment consisted of swimming, biking, running, strength training and stretching. What, and how much Jason was supposed to eat changed dramatically as well. Going from a high protein, low carb diet switched to high carbs and low protein with an even lower fat component was also very challenging. But he stayed committed and arrived at his first race in April 2019 prepared. He was competing with about 50 athletes of all levels of experience for a half mile swim, 16 mile bike and a 3.1 mile run. Jason ended up placing 1st in his age group! Looking back, Jason says that while he was very happy with his performance, it was really more about the opportunity to meet other athletes and gain some more experience. More recently Jason participated in a larger even in San Diego in May 2019 with over 700 participants and once again, did really well by placing 6th in his age group.

More important than how he finishes in the race, Jason utilized a key principle he practices in his 12-step program and that is asking for help.

Jason hopes that this story will inspire others, who might be feeling stagnant in their lives, to look within to find something to strive for that will bring you joy. In this case, it was a personal challenge of competing in a new sport. But it can be anything you want it to be. Jason didn’t know what was going to materialize once he started his reflection process. He just knew that he wanted a little more out of life. And let this story be proof that if you continue to seek out the things that bring you joy, ask for help, and focus on personal growth, you will be amazed by some of the outcomes that come from doing the work.

Coastline Behavioral Health helps clients deal with the stronghold of addiction and behavioral health issues to develop healthier life skills to facilitate sobriety. Alcohol and drug addiction changes behavior in ways that are detrimental and we work in all areas of a client's life including employment, personal relationships, finances, and health. Coastline Behavioral Health is set apart from the others in modality and treatment options, including the components of experiential therapy that have been developed by specialists in the addiction recovery field to meet individual client needs.

To find out more about our treatment program in Southern California, you can call to speak with a member of our admissions team. We are here to help you every step of the way.