June 9, 2018
|
Our Community
Beware of Orange County Oxycodone Sellers There doesn’t seem to be any shortage of black market Orange County Oxycodone. In fact, they seem to have more sellers than any of the nearby counties. However, what you need to know is that much of it is fake. Sometimes this means that the tablet contains inert ingredients […] 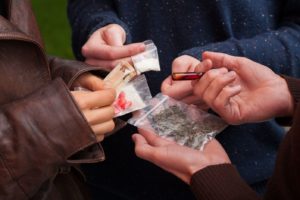 There doesn’t seem to be any shortage of black market Orange County Oxycodone. In fact, they seem to have more sellers than any of the nearby counties. However, what you need to know is that much of it is fake. Sometimes this means that the tablet contains inert ingredients such as talc or cornstarch that has been pressed in an illegal pill press to look like a certain brand of Oxycodone. In that case, you only lose your money. Other tablets may contain Fentanyl, a synthetic opioid some 50 times stronger than heroin, and far stronger than Oxycodone. If you get one of these tablets, you may lose your life.

Other times, illegal Oxycodone tablets may contain other dangerous substances and poisons. They may even contain bacteria that can make you sick. It’s not like they were produced in a clean pharmaceutical facility in Orange County with quality controls. There’s no way to know what could be in it.

The most prized form of Oxycodone in Orange County is the 30mg IR, or instant release, tablet. Most brands are light blue, hence the nickname, blues. Various manufacturers use different markings. Any brand may be counterfeit, but the two most commonly faked brands are the M30, called Mboxes, made by Mallinckrodt, and the A215, manufactured by Actavis. Both are small, round and light blue, with their respective markings stamped on them. The stamp is called an imprint.

When you go to meet a stranger to buy black market Oxycodone, anything can happen. You may actually get an honest deal and walk away with the real thing, but this is unlikely. More likely, you will get some kind of fake pill. You could also be robbed of your money.

Black market oxycodone generally costs at least a dollar a milligram. That’s $30 for a single 30mg tablet. 30mg is a high dose; someone with no tolerance to opioids wouldn’t need near that much. But people seeking oxycodone illegally have developed a high tolerance for opioids. Many of them need at least 30mg of oxycodone. Many take much more. Those who overestimate their tolerance level can easily overdose. Oxycodone is a very strong substance.

Fentanyl, or Fent, is a rapidly growing danger. It’s being produced in clandestine Chinese laboratories and then smuggled into the United States. It’s then pressed to look like a legitimate Oxycodone tablet. Some of the pressed pills are excellent as far as appearance goes. It can be really hard to tell visually if it’s real Oxycodone or not. There is simply no way to know if you’re getting 30mg of Oxycodone, something else altogether or a deadly dose of Fentanyl. It’s Russian roulette with pills. Unless the pill came directly from a pharmacy to you, there is no way to be sure you’re safe.

For those who switched from blues to heroin because it’s cheaper, the danger is even worse. Fentanyl is routinely used to cut heroin, too. Injecting fentanyl is even more deadly than swallowing it, and while you might spot an obviously fake pill visually, there is no way to tell if your heroin purchase is cut with fentanyl or not.

It’s very, very difficult to properly and evenly mix fentanyl with another substance. This is because the amount of Fentanyl to be mixed in is so small. The dose is measured in micrograms. That’s millionths of a gram. When dealers cut their product with fentanyl, they lack the proper equipment and knowledge. They can easily end up with hot spots. This means that their packaged product for sale is not evenly mixed. Some of it may contain lower levels of fentanyl, some may contain little to none, and some of it may contain deadly amounts.

The same thing happens with pressed pills. These start out as a powder, and again, hot spots can occur. When they’re pressed into pills, some of the pills can contain lethal levels of Fentanyl. A pill cannot just be pure Fentanyl, because a dose that small would be too small to form a pill. Even a lethal dose is still very small. That’s why it must be mixed with other substances. It takes special scales and mixing equipment costing thousands of dollars, not to mention advanced knowledge in math and chemistry, to do the job correctly.

Don’t do it. Don’t buy Opioids, or any other substance, on the streets or Dark Web. You’re gambling with your life. If you have developed an addiction to Opioids, your best option is to seek help. It will truly destroy your life one way or another. That’s if you live long enough.