June 23, 2017
|
Addiction
Dealing With Alcohol Withdrawal Syndrome Alcohol withdrawal syndrome, or AWS, refers to the symptoms that happen when someone who drinks heavily significantly reduces or stops their intake of alcohol. AWS may cause you to experience both physical and emotional symptoms. Symptoms can be a mild anxiety, severe seizures, or anywhere in between. In extreme cases, […] 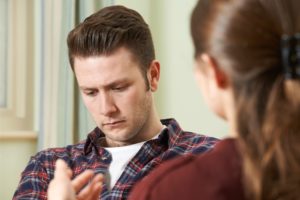 Alcohol withdrawal syndrome, or AWS, refers to the symptoms that happen when someone who drinks heavily significantly reduces or stops their intake of alcohol. AWS may cause you to experience both physical and emotional symptoms. Symptoms can be a mild anxiety, severe seizures, or anywhere in between. In extreme cases, it can be life-threatening.

The symptoms and signs of AWS can be seen in as little as six hours from your last drink. The symptoms can include vomiting, anxiety, headache, nausea, tremors, increased heart rate, confusion, sweating, nightmares, insomnia, irritability, and high blood pressure. The symptoms will typically worsen over time and can persist for several weeks.

Delirium tremens, or DT, is the most severe kind of AWS. The symptoms of DT include seizures, extreme agitation, extreme confusion, a fever, visual hallucinations, auditory hallucinations, and tactile hallucinations. If you or any of your loved ones’ experience severe AWS symptoms, it is a medical emergency so get help immediately.

Your nervous system is irritated and excited by excessive drinking. When you drink regularly, your body forms a dependence on the alcohol. This keeps your central nervous system from adapting easily when there is a lack of alcohol. Significantly reducing or suddenly stopping drinking causes the alcohol withdrawal syndrome.

People who drink heavily regularly or are addicted to alcohol are at a higher risk for AWS. Though it is more common with adults, anyone who drinks excessively may experience AWS. The most common form of heavy drinking is binge drinking. For men, binge drinking is when they drink five or more drinks in a short span of time. For women, it is when they drink four drinks or more in a short span of time.

To diagnose AWS, your doctor will first look over your medical history. He will also discuss your symptoms with you and perform a physical examination. Your doctor will look for signs of AWS that include an irregular heart rate, a fever, dehydration, and hand tremors. A toxicology screen may also be performed by your doctor to determine how much alcohol you have in your body.

The severity of your symptoms determines how your AWS is treated. While some patients can be treated at home, others must be in a hospital setting where they can be supervised to avoid complications that can be potentially dangerous, such as severe seizures.

When treating a patient with AWS, the first goal is to keep them comfortable. Counseling is also necessary. Your doctor will work alongside you to help you stop drinking in a manner that is both quick and safe.